NMBM kicks off Waste Management project for the future 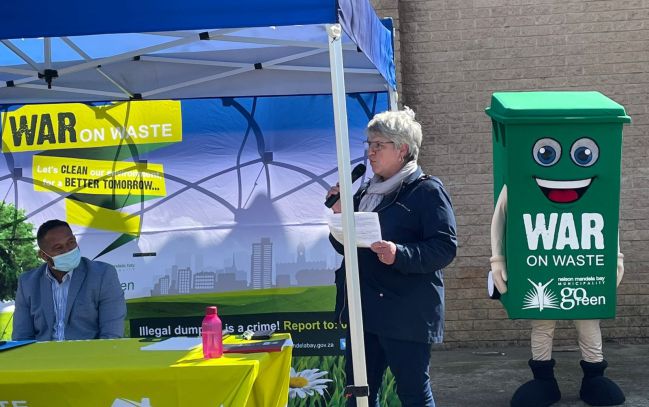 Nelson Mandela Bay Municipality showed its commitment to a clean, healthy and sustainable environment through action on Thursday, 2 September 2021, launching a home recycling programme in Westering, Port Elizabeth.
The project called, Source Separation Pilot Recycling Project seeks to encourage residents to recycle by separating waste according to different categories in their own homes.
The intention of this pilot project is to introduce waste recycling as one of the pillars of waste management within the City.
It is also to introduce a culture of waste separation at homes which could assist to ascertain the volumes of recyclable materials in Nelson Mandela Bay.
Speaking at the launch, Member of the Mayoral Committee for Public Health,  Councillor Lance Grootboom said he was encouraged that the project had started.
"As a City we continue to lead the way on environmental friendly and sustainable solutions. We are creating a City for the future generations," said Councillor Grootboom.
The pilot project will be implemented in areas like Westering, Linton Grange, Bramhope, Taybank and Moregrove.
Residents of the affected areas are encouraged to visit the municipal website or the Councillor's office to register to take part in the initiative.
Registered residents will be issued with a blue refuse bag to place recyclable material.
Each household which places out a blue bag with recyclable materials will be issued with a new bag on collection day.
Recyclable material that can be put into the blue refuse bags are as follows:
Residents are encouraged to familiarize themselves with the MY Waste page on the Nelson Mandela Bay Municipality website. Residents must also be on the lookout for Nelson Mandela Bay Green Team that will be going out in the effected communities on an aggressive awareness drive.
MMC Grootboom called on all the residents that will be reached by the pilot project to embrace and support this initiative.
"As a City we committed to a caring City. It starts with caring for the environment that we live in so that we can leave a healthy City for our children. We know it requires some effort from residents at their homes, but the returns are far more bigger than the effort required. Let's work together and make this project a success so that  we can continue to inspire other municipalities," said MMC Grootboom.
Resident Valerie Bryan said the City has introduced a good initiative that also has a potential to create jobs.
"As residents we need to support the project so that it can grow and cover the whole City. It will go a long way in creating healthy environments and create jobs at the same time," said Bryan.
Ends.
Issued by the Nelson Mandela Bay Municipality Communications Office. 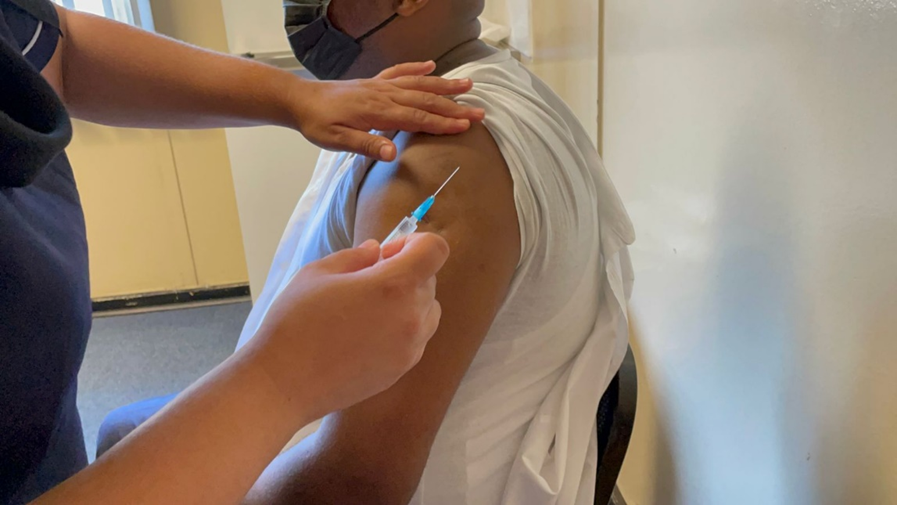 MSC Orchestra arrival ringing in restart of cruise liner tourism since coronavirus outbreak January 11, 2022 The arrival of the MSC Orchestra cruise ship from Durban at the Port Elizabeth Harbour this morning symbolises the revival of the cruise liner tourism industry that generated more than R30 million before the coronavirus pandemic ground the industry t...
Published: 27 Jan 2022 CURRENT

UPDATE ON WATER SUPPLY IN KARIEGA

The Van Riebeeck reservoir has filled up to the required level and pumping to the Fairbridge reservoir started late last night.

Water supply has been restored to most areas supplied by these reservoirs however, there may still be some areas without water while the system fully recovers.

Water demand is currently very high due to the hot weather. We have also noticed, with great concern, that many residents are stockpiling water by filling water tanks and swimming pools. This is delaying the recovery time for the system.

The Western parts of Kariega, including the CBD (Central Business District) and industrial areas are still experiencing water disruptions.

These areas are traditionally supplied from the Kabah (Groendal) Water Treatment Works, but due to the low dam levels and high water demand, this source no longer has sufficient capacity.

Water, therefore, needs to be augmented from the Fairbridge and Scheepershoogte reservoirs but this can only happen once the above-mentioned areas have fully recovered.

Consumers are therefore urged to stop filling water tanks and swimming pools and to only use water for essential purposes while the system recovers.

Water tankers will be relocated from areas where there is water to assist tankers the areas mentioned above.

The planned maintenance for Sydenham and North End scheduled for tomorrow, January 27, 2022 has been postponed until further notice.

The repairs to the 700mm main pipeline is complete and water has started flowing into the Van Riebeeck reservoir this morning.

The areas listed below should now start receiving water supply:

Once the system fully recovers this evening, the following areas will have water supply.

Water tankers have been deployed to the locations below.

The water tanker that was stationed at the corner of Aalwyn Drive and Hexriver Road is currently assisting the hospital and schools however, it will return to its location shortly.

We thank residents for their continued patience and apologise for the inconvenience this has caused.

The Municipality wishes to update residents that the team working on the repair to the 700mm pipeline are starting to turn the in-line valve on Kariega's side. The pipeline is slowly being primed.

UPDATE ON THE NMB WATER SUPPLY.

We are aware of numerous reports of discoloured water across the Metro. Mineral deposits build up inside water infrastructure over time and when flow rates change, such as caused by pipe bursts or reservoir emptying, this build up can be dislodged, causing discoloration.

The quality of potable water supply is regularly monitored, and all tap water has been disinfected to ensure that it is safe to drink. Should your water discolouration be of concern, we suggest that you boil it for drinking purposes.

Repairs to the 700mm main supply to Kariega are still in progress. It is anticipated that the pipeline will be tested and charged late tonight, and that reservoirs will show improved levels by tomorrow morning.

Please ensure that all taps are closed so that reservoirs can fill and provide sufficient water pressure to supply all areas affected by the recent outages.

Water tankers have been deployed to the locations below to ensure residents have access to water. We have increased the number of tankers in the Kariega area and will continue to post updated locations.

There are also 4 tankers roaming in the Thomas Gamble, Mountain View, Rosedale and Langa areas, with locations controlled by the Ward Councillors.

We apologise for inconvenience caused.

Staff attending to restoration of supply, no timeframe.

UPDATE ON PARTS OF KARIEGA EXPERIENCING WATER DISRUPTIONS AS A RESULT OF HIGH CONSUMPTION.

The situation in Kariega is currently the same as before. Water is being pumped to the higher lying areas as soon as it becomes available.

The pumps supplying the Kariega suburbs are off at the moment however, they are expected to restart in the early evening.

The pumps supplying Mountain View and higher lying parts of Rosedale are still expected to start this evening as previously communicated.

The demand still outweighs water supply and therefore we urge residents to continue using water for essential purposes only.

Water tankers have been deployed and are roaming areas without water supply. One of these tankers is on it's way to the top of Van Riebeeck Street.

The situation at Chelsea reservoir has not changed significantly.

All pumps are operational. The system is currently stable however, it remains at risk.

The Municipality wishes to update residents that the problem has been located and has been repaired.

Reservoirs are currently filling up and it is expected that all residents in the affected areas will have water supply by tomorrow morning.